ARG Trans, already running a  successful short line in Benson, Arizona, was asked to submit a proposal to restart the Coos Bay Rail Link [CBRL] on the coast of Oregon after 4+ years of sitting idle. Being a bit of a railfan myself, helping design a proposal that would stand out and be more than a long list of information sounded great. Of course, the folks at ARG Trans put together a great proposal so my part was just making it look good in a very short amount of time. 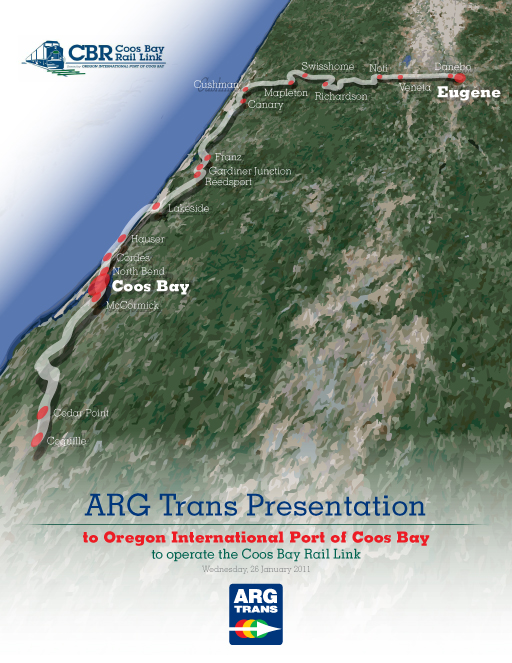 The initial proposal was a short one, followed by a much larger proposal with both projections and financial records for ARG Trans. For the cover, even though the people of Coos Bay Rail Link knew exactly where the 133 miles of rail lay, an illustration of the route was a great solution. 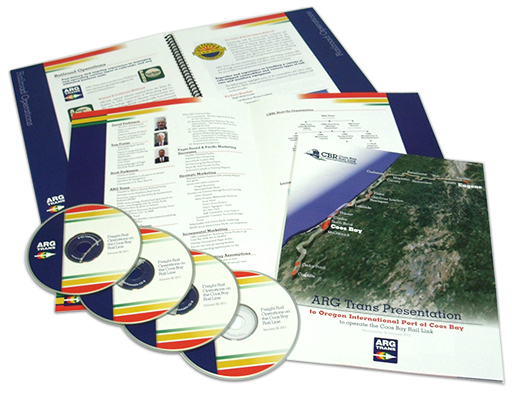 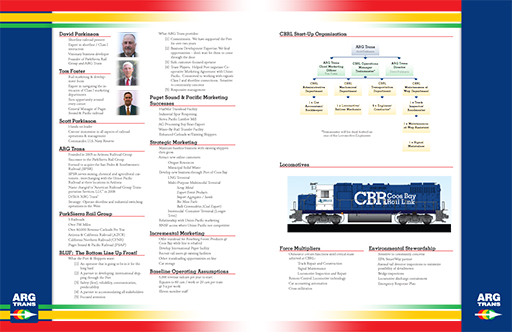 All the pieces worked together well, along with the proposals, slide presentations and documentation on a matching cd. 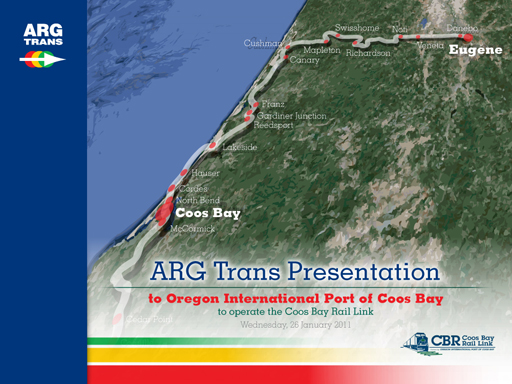 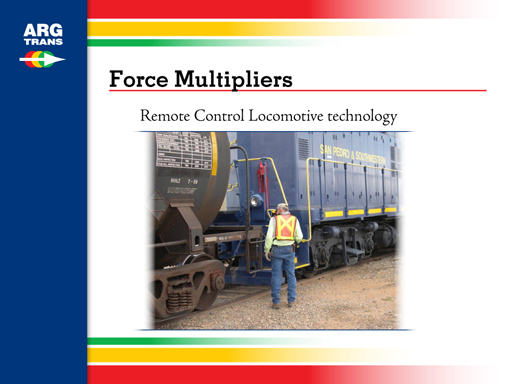 After a successful presentation by ARG Trans, they made the cut from five to two and in the end were selected as the Operator of CBRL – and against much larger operators as well. We had talked about creating a really cool paint scheme and a vehicle wrap as well [who wraps locomotives?] for the line but the timing to get service was tight — REALLY tight. There would be less than 45 days to get locomotives purchased and repainted and running, but the reality was there was less time than that as the sooner they could get out on the line the better. Some of the initial ideas were rather simple, though the dream was a full wrap of a imagery from the area. Forests, bridges, and the Pacific Ocean. Oh, it could be beautiful. Time to mock up a lot of simple ideas that can be quickly painted. 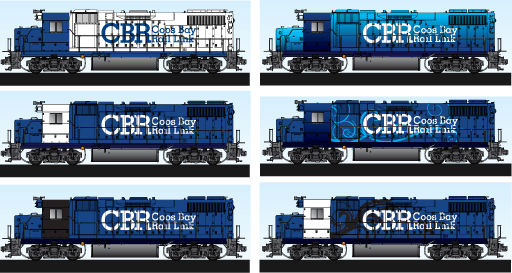 The vehicle wrap didn’t happen, at least not this time. When it becomes an option and the locomotives can be pulled out of service, expect something grand. I know, “Oh, white text on blue – is that even classified as ‘design’?” – sort of. Easy to read, stands out well – yeah, I would suppose so. It worked well enough to get this email from someone seeing a train while on the way to work:

I passed the train this morning on my way to Eugene. Even in the dark, the CBR locomotives are impressive. Whoever designed the paint job – the way the logo and colors are presented on the engines – did a great job. 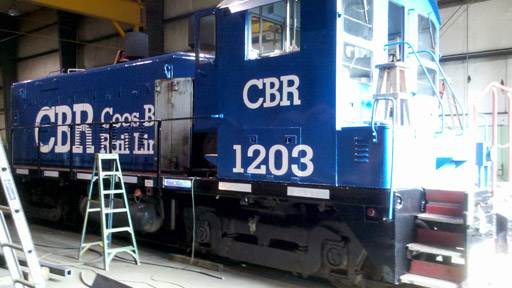 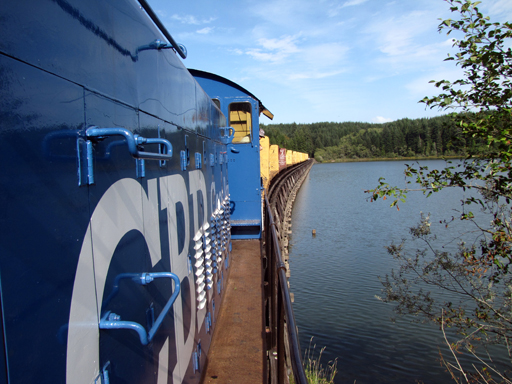 I look forward to treating Coos Bay to some amazing eye-candy some day. Until then, check out some of the photos from CBRrailfan on Facebook. I think you’ll agree, the train’s color scheme makes them pop out of the forest, and after seeing photos like the one above, I wouldn’t mind a leisurely ride on the line. Just gorgeous. 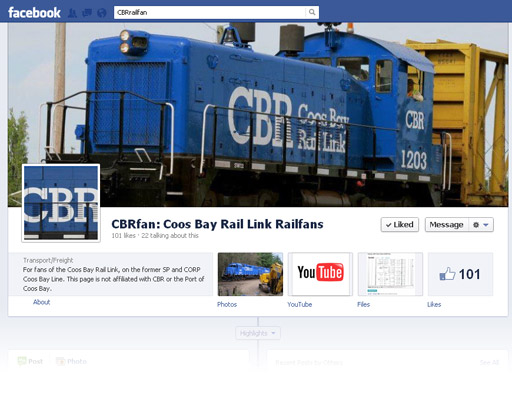