We’ve made it to the Sweet Sixteen and more. One could say this may be some payback for the 2001 loss to Duke in the championship game, but it may just be better to say that Arizona played one of the best second halfs EVER and transformed Duke from a never-ending powerhouse into a handful of guys that looked lost on the court. *whew!*

If anyone remembers the old NBA Jam video game [they have a new version out now] there were two frequently repeated phrases in the game. “He’s on fire!” and “He can’t buy a bucket!” – we were on fire last night. Let’s hope that fire continues.

The credentials for the previous year had exactly that – some flame action going on. Here are a handful of the credentials, as well as a look into the process of coming up with them. 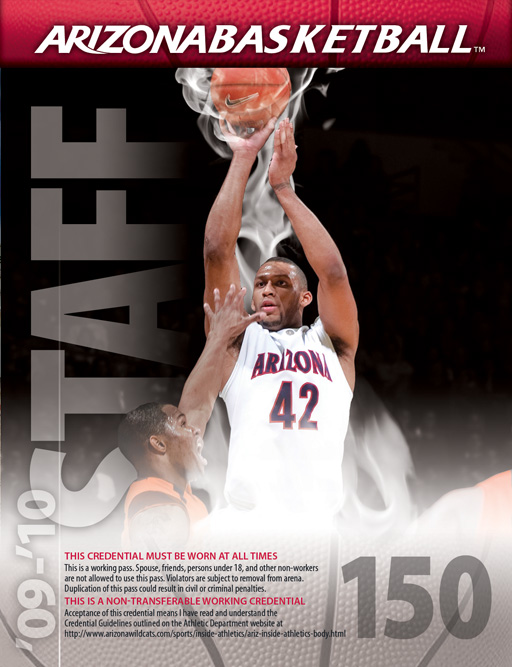 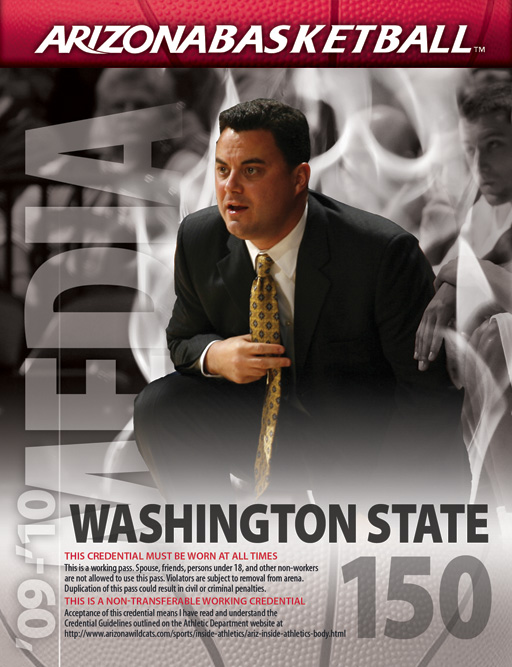 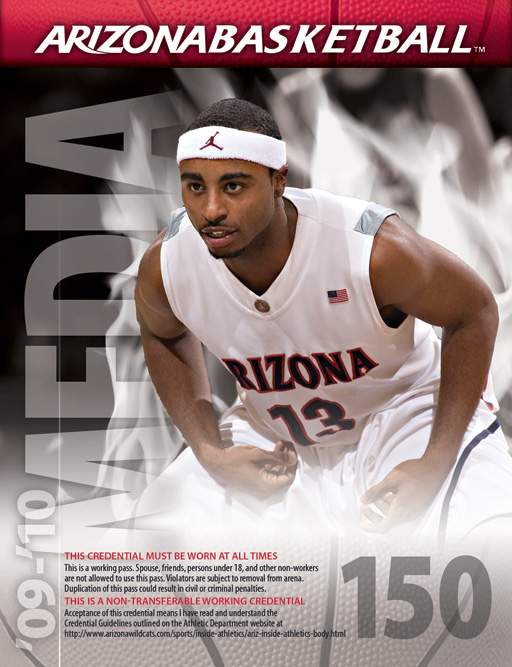 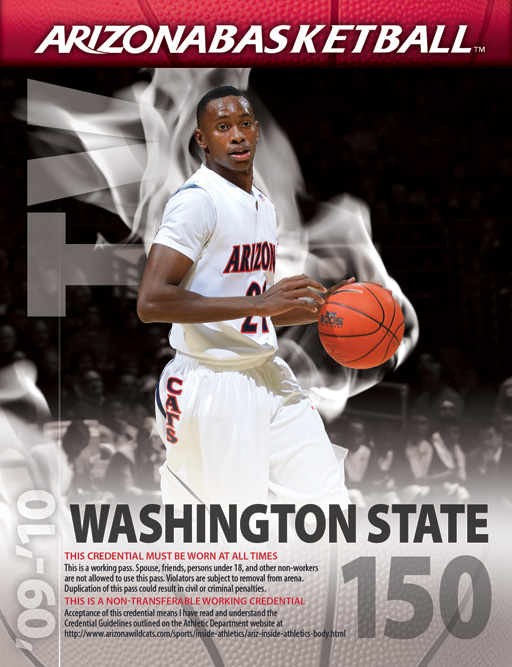 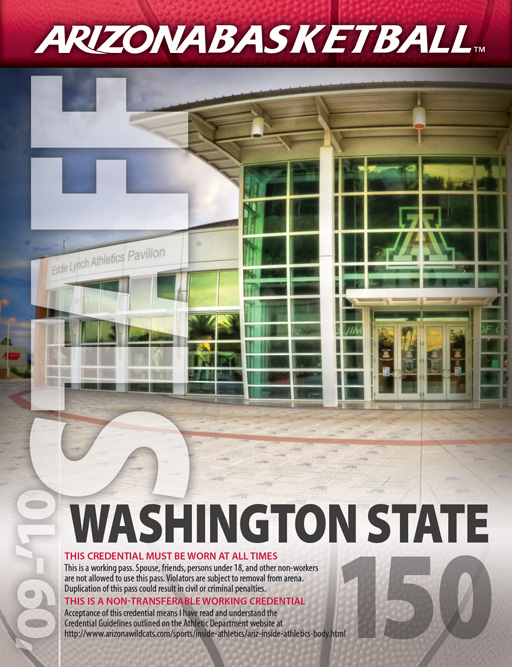 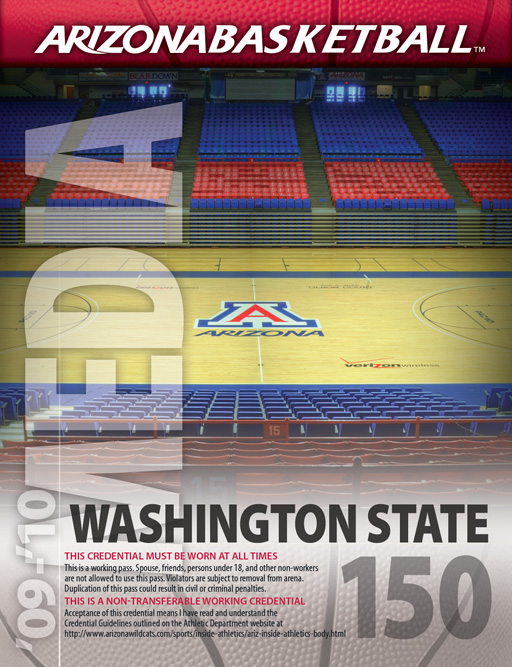 How much flame is too much flame? Where does “Staff” and the year go? Believe me, there were plenty more iterations than just the few shown here. 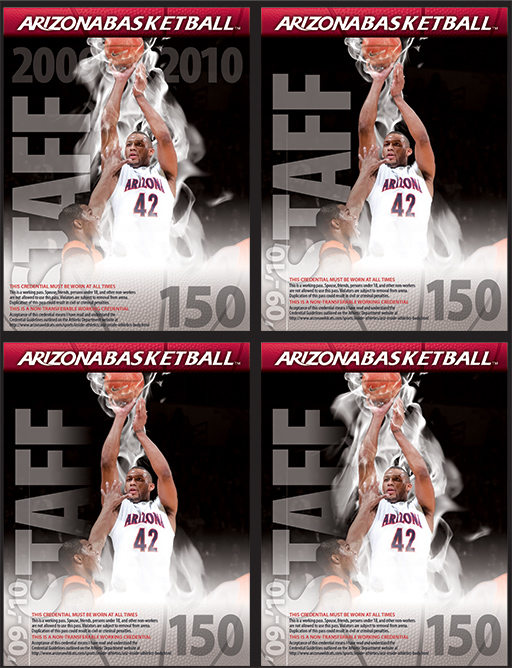 On a few of the credentials we went with wood from the court, but should it be Arizona red or more like the original wood? 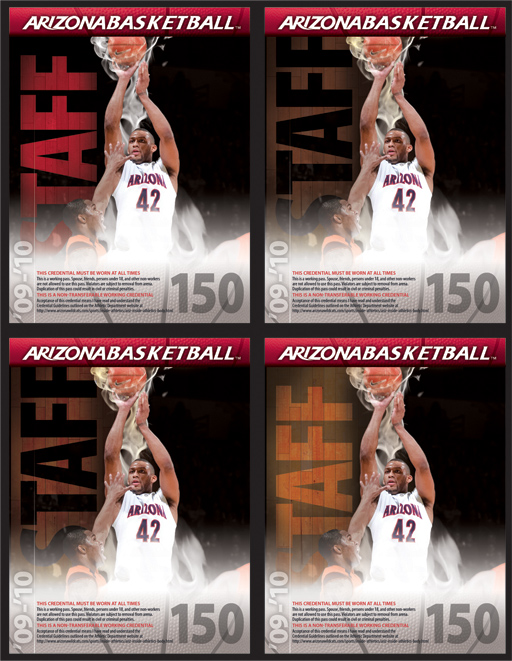