Every year I try to mix up the look and feel of the artwork for the pieces I get to work on for the Athletic Department. This year I went old school for that great trading card look. Now that we are entering the championship tournament, it is hard to believe that the University of Arizona softball team has not won a national championship since 2007. Really. 2007. That seems like forever ago, considering how often we make the finals and/or win the national championship. I dug in the archives to find the first credential I designed for the University of Arizona. I think Arizona could go for some more celebration as seen in that background photo. Then there could be some Arizona Baseball celebration in the wings as well, maybe some Kurt Heyer in the major leagues as well. 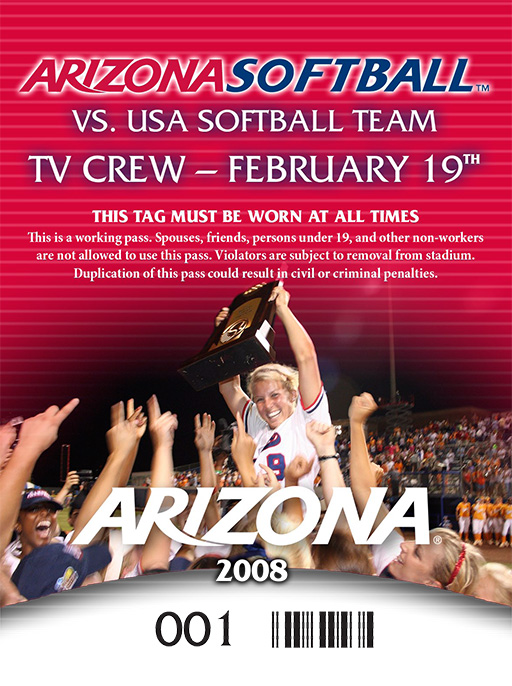 And then our current season of images. Arizona baseball and softball have a long history with the national championships. 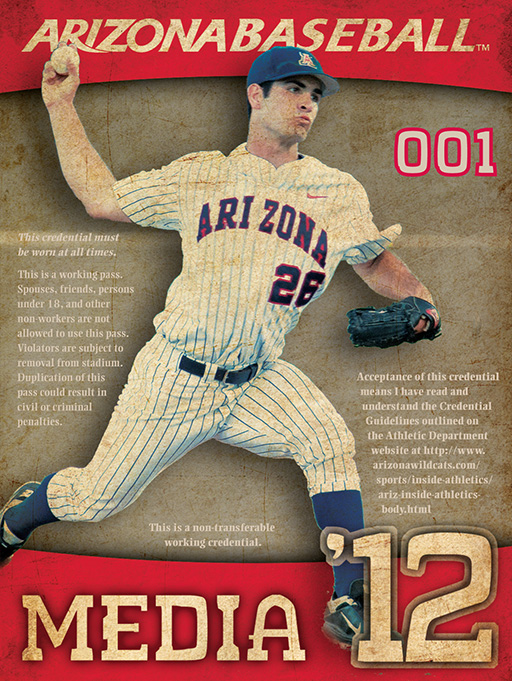 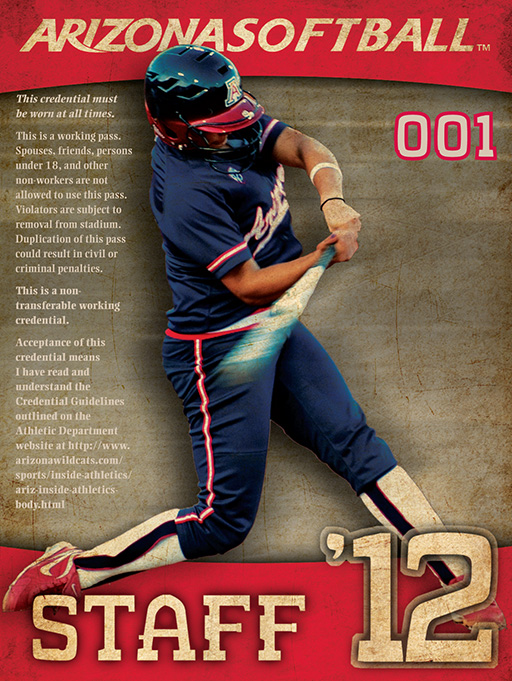 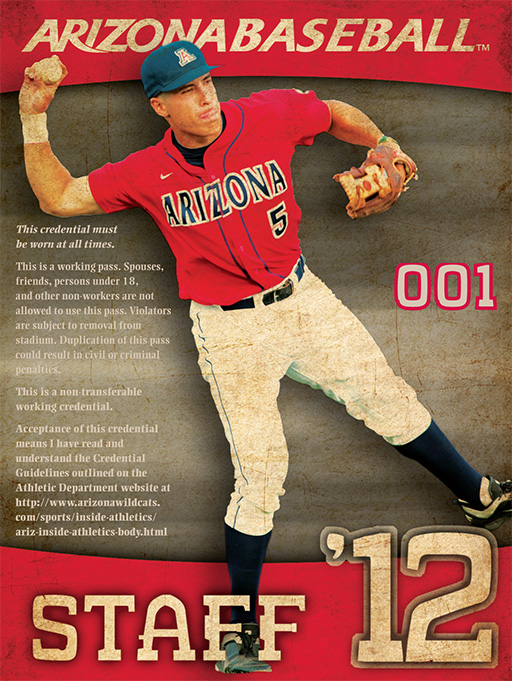 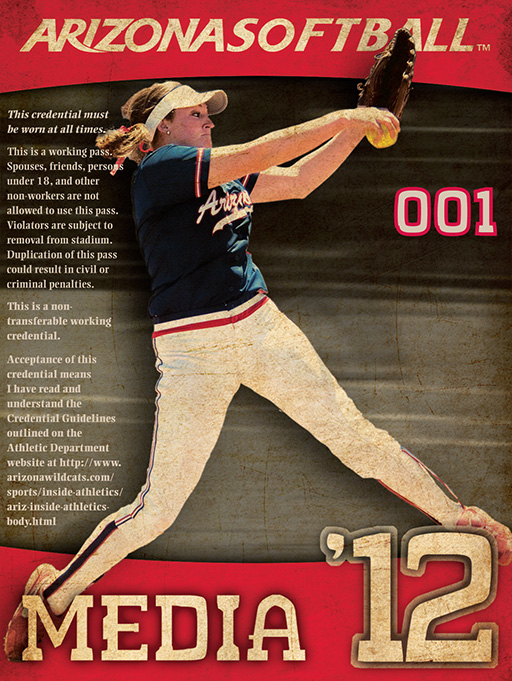 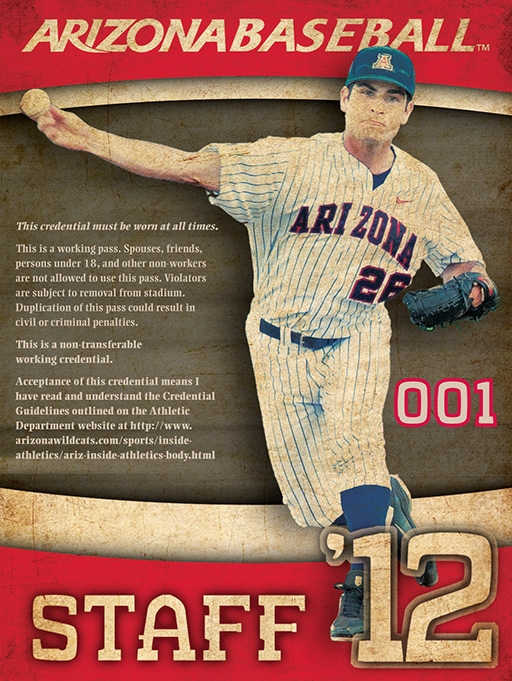 Oh yes, there was a renunion going on for Opening Day in the old Toros ballpark. My dad played baseball and softball until he couldn’t [and coached for years] and my uncle played for the University of Arizona. Ah, history. Click on the image for a larger version. 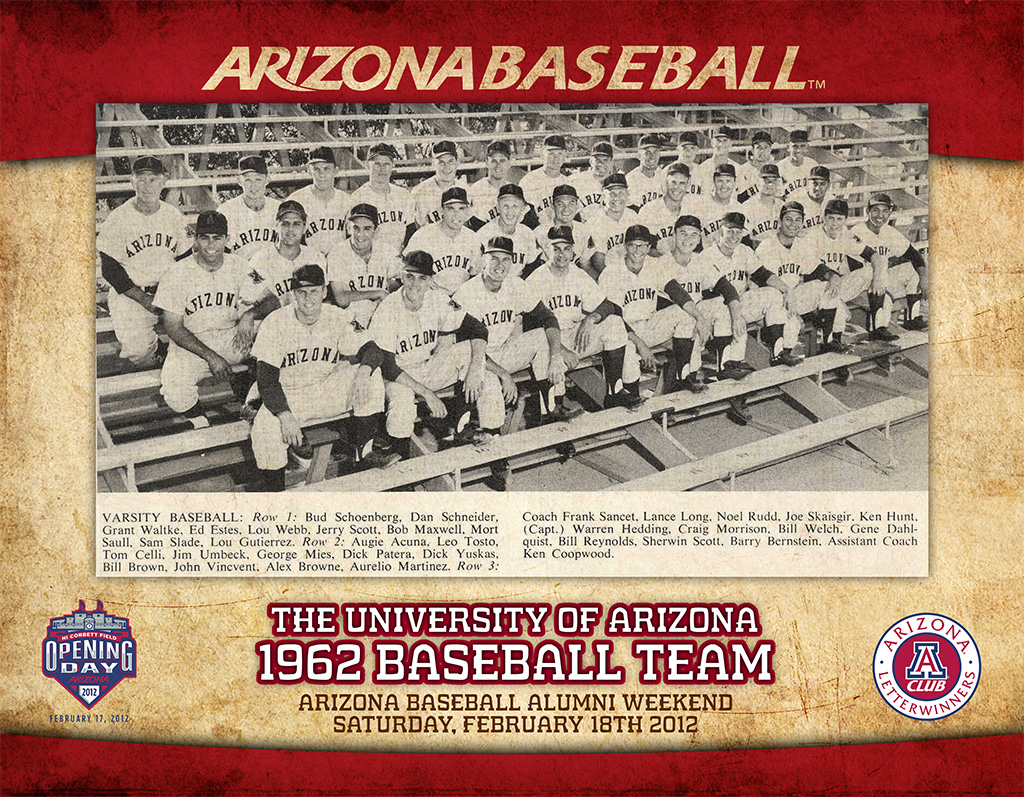 One thought on “Our last championship was in what year, 2007?”