These credentials led off my design style for the 2010-11 school year with the white outline and shadow and nearly white background [I’ll be posting the rest of 2010 soon enough]. The design carried the red and blue colors well, while highlighting the players. With the thin white outline [like a paper cut out] the players were both frozen in a moment in time as well jumping out of the noise and chaos of the game and stadium. Add in a bit of a reverse glow darkening the inner edge of the player and the effect was complete. Why make attractive credentials? One was help bring the look of the program up a notch [every little bit helps] as well as making keepsakes. There was just one hangup — these sports credentials were beginning to get rather complex, both in amount of unique credentials as well as their ability to be easily identified by security personnel. For each game, there were 11 different credentials to keep track of [a total of 84 unique credentials for the season] and though they are attractive, a bit of functionality was lost.

I’ll spare you the numbers, but 4 All Season passes for All Access, Photo and Media, and then 11 game specific credentials with 7 games played made for 84 unique credentials with each set getting a unique set of numbers [per game]. It is a good thing to have some personalization software to add into our page layout application.

All this to say the credentials were produced without a hitch, and another exciting football was had. 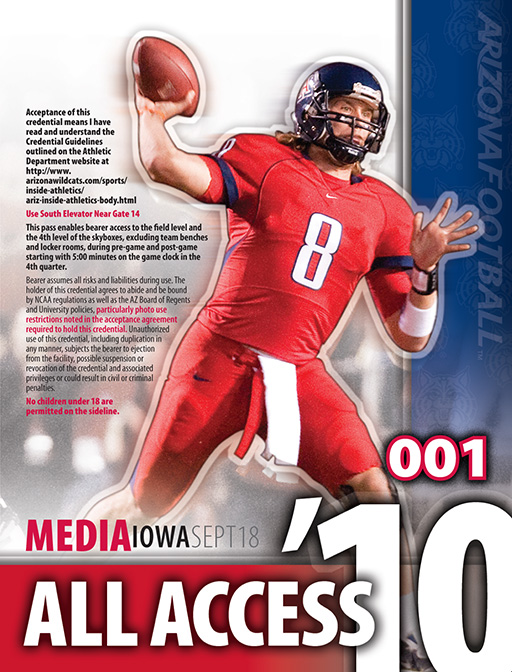 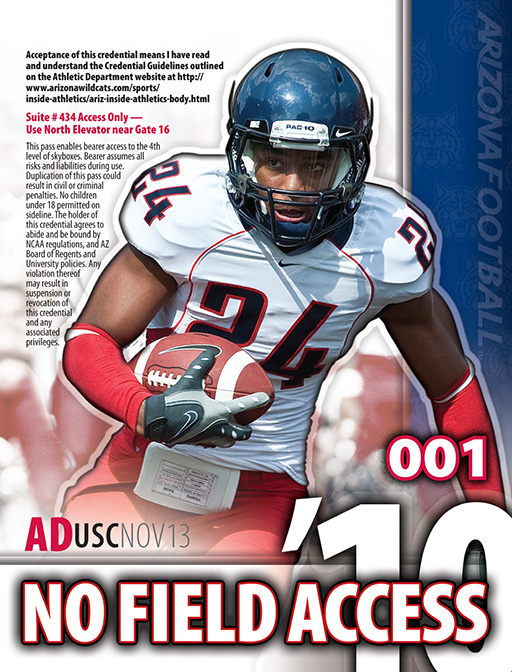 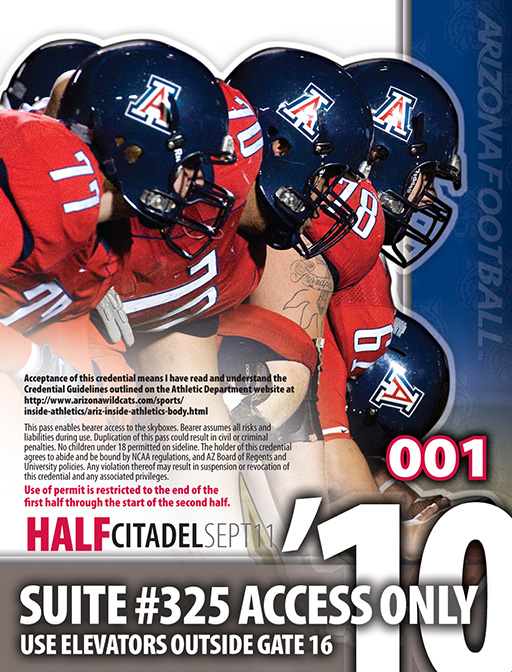 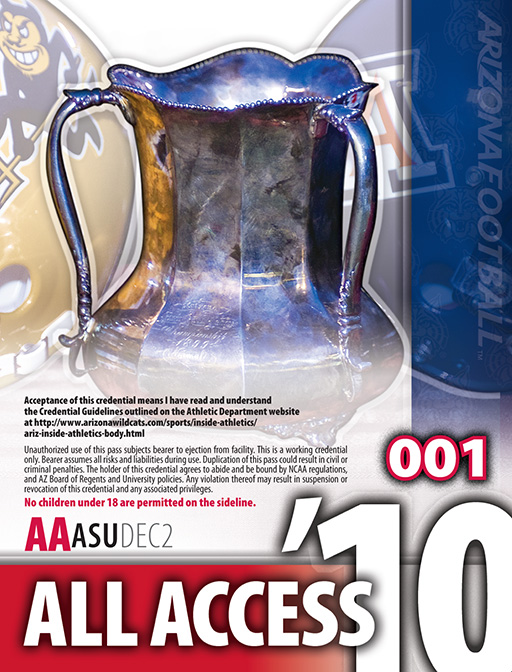 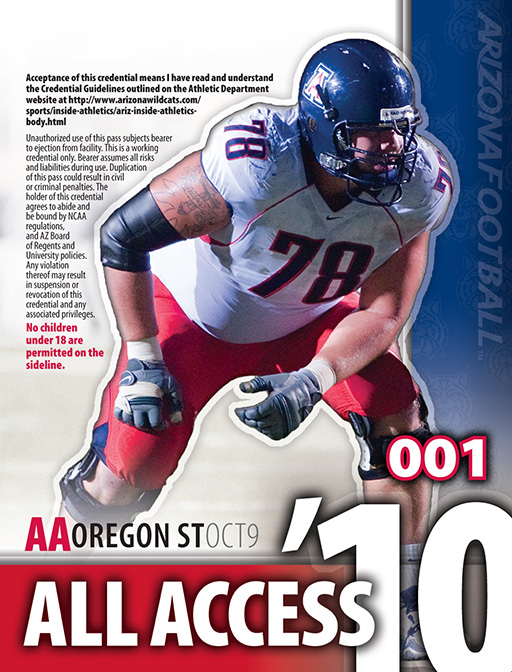 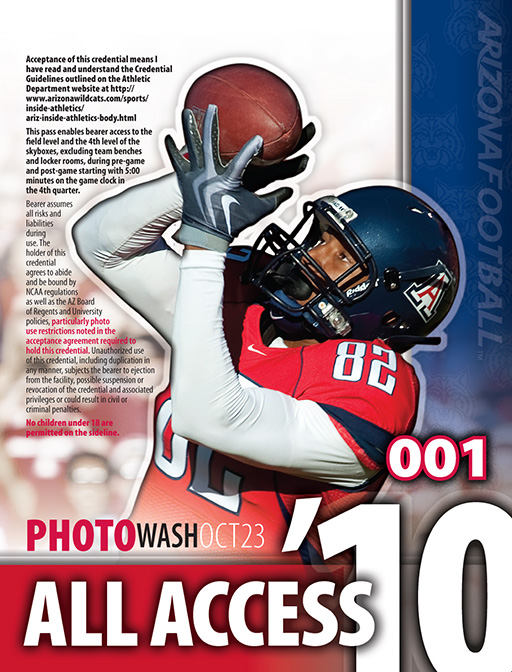 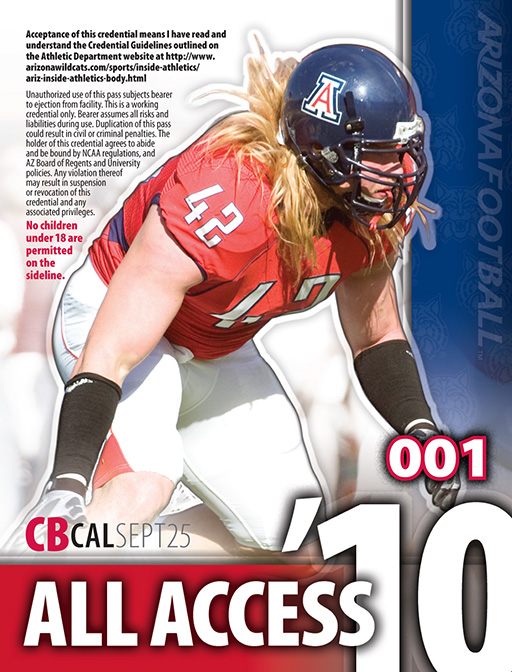 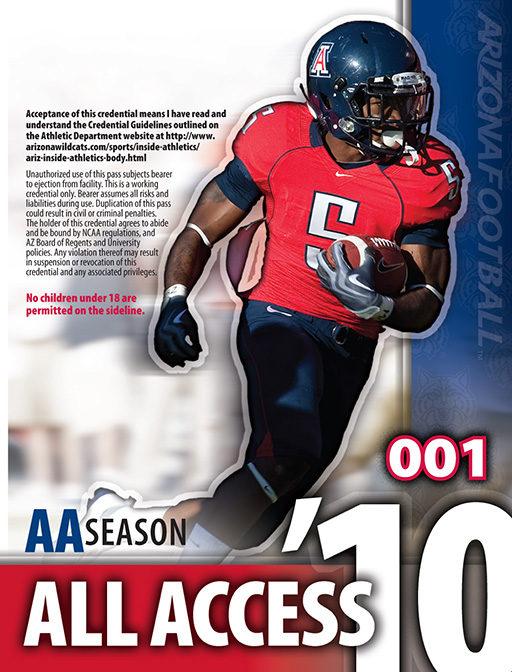 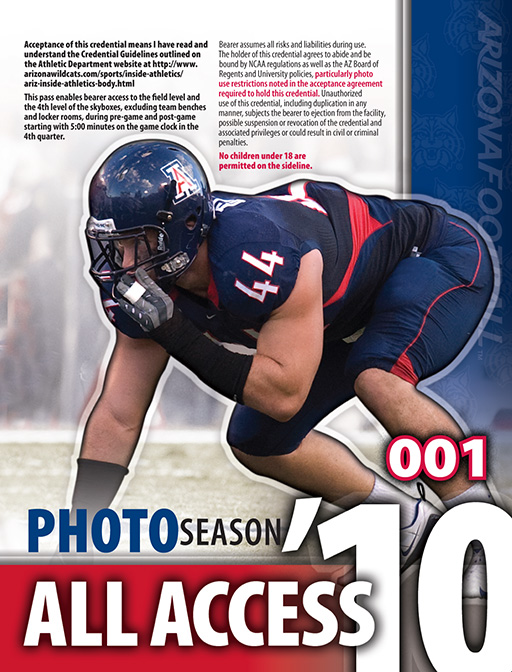 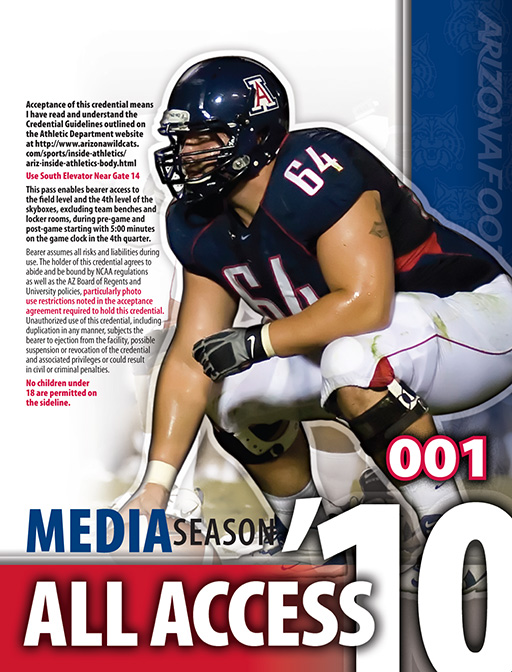