We were asked to come up with an El Tour de Tucson poster/jersey idea as they already had a few submissions and wanted another artist to submit another option. Unfortunately, less then a week was given so this was done outside of work hours to afford more time, which there still wasn’t a whole lot. It wasn’t anyones fault — sometimes the process is longer than the time given. These were two ideas, but where never completely finished due to time constraints.
Idea #1, including the Pima County Courthouse [the old one, that is] and saguaro ribs in the background. Where to put the cyclists? Not totally sure, but either riding in front [very dynamic] or around the dome.

Idea #2: a much stronger composition for the poster, with the riders leaving the old Pima County Courthouse and the 7am sunrise in the background. With the sun on the far side, deeper colors in shadow could be used with a few lighter colored highlights.

Here is a quick color mock-up of the second idea, with deep blue/purple shadows. 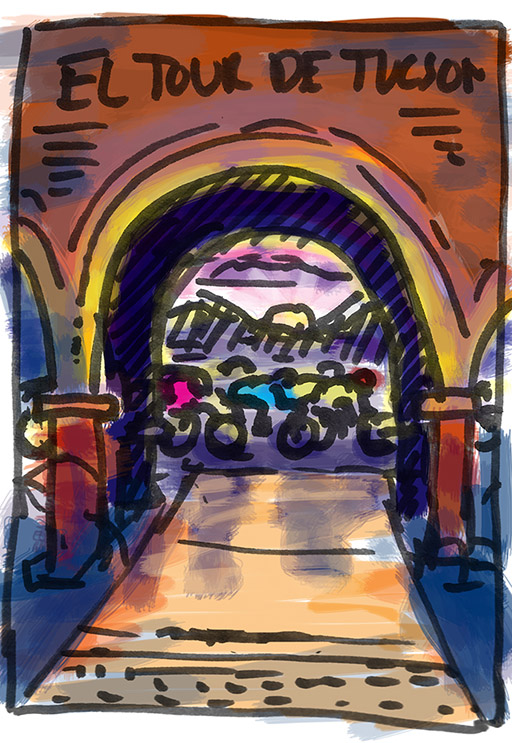 Another quick mockup of the poster so that we could pull the graphics over to the jersey. 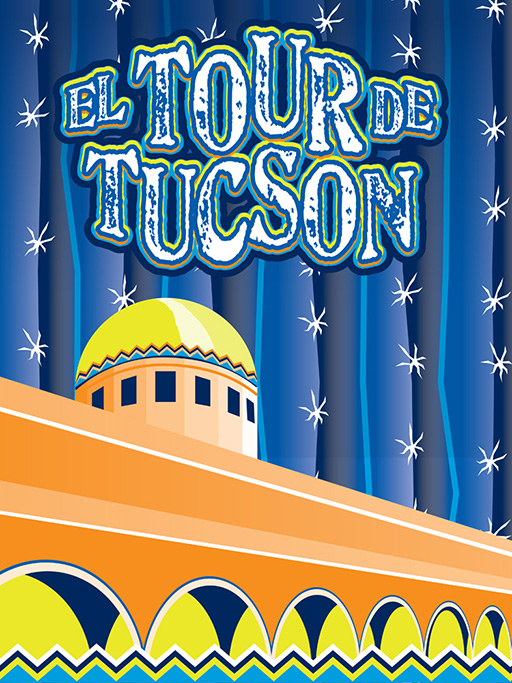 … and another version in green. 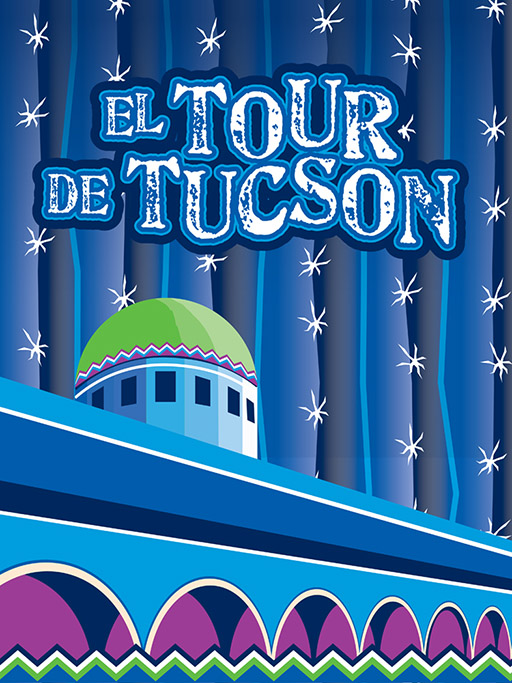 The final poster would have been painted, and the 5 spot color restriction for the clothing would be removed. 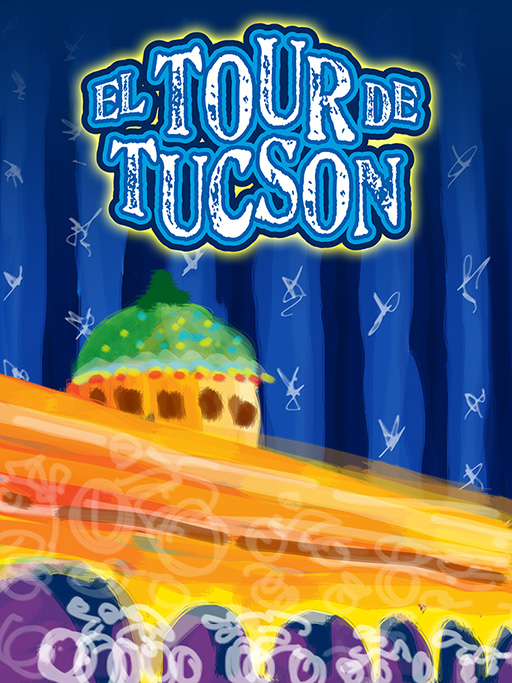 A good cycling jersey always complements the poster, though the printing restrictions keep it from getting all-out crazy. This version matched the border of the Pima County Courthouse’s dome, and looks a bit more southwest. 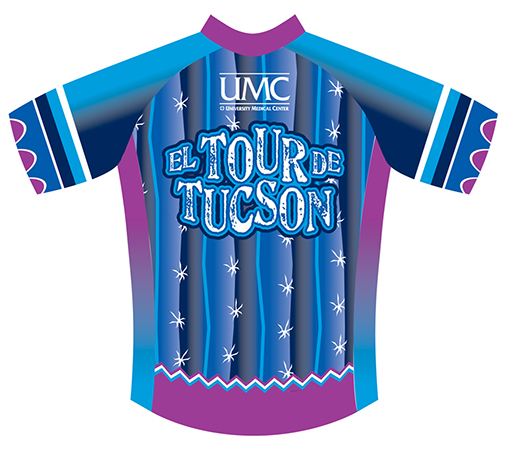 We don’t believe we have ever seen a blue and purple jersey – it just might work. 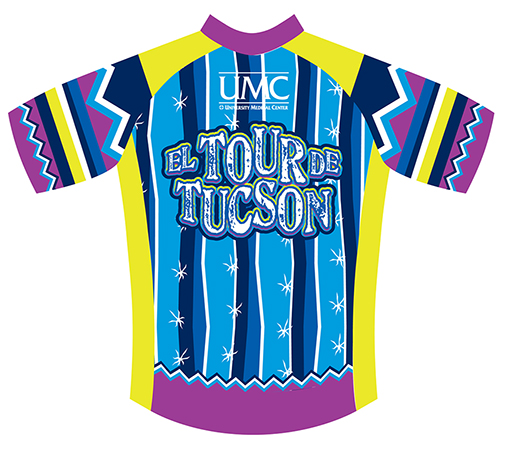 The jerseys are printed with 5 spot colors, and the last few years the colors have been somewhat similar. This was a sizable jump from prior year’s colors. 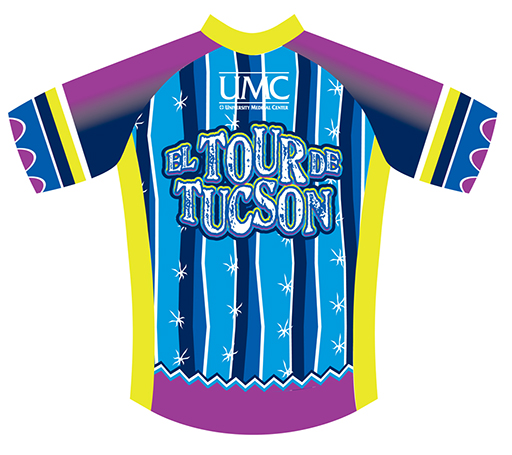